I think the only reason it didn’t involve blood was because the other American girl & I jumped in front our raging fellow American, and talked him down.

Well, that and the fact that he realized he was outnumbered by a group of actual bee-crushing Israelis. And airport security.

In hindsight, I think those Israelis were trying to communicate with us in a direct way which agitated our American play-nice sensibilities. We Americans rarely express anything that directly, so we were pissed off by the Israelis’ bluntness. We’re used to p.c. phrasing accompanied by smiles & all kinds of other make-niceties that many foreign cultures just don’t engage in.

So, we definitely do not see ourselves as “tyrants.”

When we look into our national mirror, we see the good guys. We see ourselves as the victim of tyrants. When we war, we’re only fighting back.

END_OF_DOCUMENT_TOKEN_TO_BE_REPLACED

The American dude was pissed.

His face darkened, his body language was confrontational, and I’m pretty sure his aura was a deadly shade of black & blue…

Another of the Israelis chimed in calmly, as if nothing was amiss, nobody’s American blood was boiling, no Israeli was about to get his teeth smashed in. Just a friendly group of travelers, shooting the international sh*t.

“When you crash a bee’s nest, and destroy the bees to get to their honey,” this Israeli began patiently. “Those bees will fill with hatred for you. They will buzz to their children the stories of how you demolished their homes, their families, their lives, their country. And those children will come. They will come to avenge their ancestors. Generation after generation. Because you continue to crash their nests.”

END_OF_DOCUMENT_TOKEN_TO_BE_REPLACED

At least not in the way it worked back home.

Because while Americans were all for hanging Blacks out to dry, Cubans were fervently against it.

Cubans — Black & White — rose up in unified, adamant protest against our racist policies on their island.

But a lot of good it did them; we reluctantly responded by allowing a minimal number of Blacks back into the sectors of society we had originally ousted them from — but we reinstated those Blacks in a segregated format.

Circa 1920. The Texas Restaurant Association posted these signs at the entrances and exits to all restaurants in the state.

Hence, the U.S. was responsible for the re-introduction of segregation onto the island of Cuba. Victor said the effects of our systemic racism still exist here today – just as it does back home.

Which, of course, we’re all in denial of.

Well, all except minorities.

But Victor said we did good things in Cuba, too. And I noticed that where the Browns in our group had been riveted by Victor’s history lesson from word one, it wasn’t until this part of the lesson that the Whites in our group began listening intently.   END_OF_DOCUMENT_TOKEN_TO_BE_REPLACED 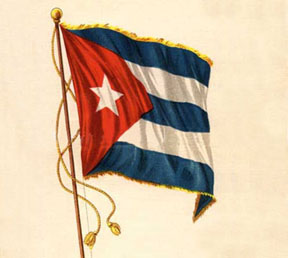 Why would we not let Cubans fly their own flag in Cuba?

Their island. Their flag.

Anyway, we declared Cuba a free nation. Or not.

Whatever. We beat Spain and took over.

Cubans, newly free from Spanish colonists, had new colonists to oppress them.

We staged public ‘elections’ for Cubans to ‘vote’ for our choices of dictator puppet presidents who would cow-tow to U.S. interests on the island…presidents who would not interfere with our control over the island, who would in no way prevent us from doing whatever we damn well pleased on their island — regardless of Cuban outcry against it.

The first thing we did, of course, was to impose laws of segregation.

We needed to undo the damage Maceo & Martí had done by uniting Blacks & Whites. We needed to restore our American value system of White supremacy.

To that end, Cuba — in a mirror image of America — became a sea of “WHITES ONLY” signs.

END_OF_DOCUMENT_TOKEN_TO_BE_REPLACED

I wonder if Spaniardophobia bled across our country back then the way Islamophobia is doing right now…?

Because Spainiards wouldn’t have been America’s idea of White back then. Spainiards were, like, a hair’s breath away from being the world’s palest tint of brown, weren’t they?

And, as deeply racist as we Americans were, our brown-dar was probably fine-tuned to within an inch of White life.

But Victor said something else really interesting about this Spanish-American War.

He said our president was against it.

Our president then, McKinley, had been a major general or something in our country’s Civil War. He knew what war was like. Victor said McKinley’s view of war was: ‘Been there, done that. Hated it then, hate it now.’

But Hearst & Pulitzer’s victim soup media war had inflamed American anger into a fire that would not be quenched by anything but a good, Spanish ass-whipping. When President McKinley tried to hold off on war, Theodore Roosevelt — who was then a leader in our Navy —  called McKinley a wuss.

That would sell a lotta papers. 🙂

END_OF_DOCUMENT_TOKEN_TO_BE_REPLACED

Hearst newspaper.
“Patriotic citizens advocate recourse to arms, to wreak vengeance upon Spain for the cruel and cowardly destruction of the Maine.”

With those Cuba Spaniards gone, their sweet sugar profits would be alllll ours. 🙂

We cooked up a big bowl of victim soup to pour across news wires around the world.

We cried and raged stories about our blown up soldiers on the USS Maine. We threw pie charts in the world’s face depicting our invested sugar millions that would be lost to Spain if we didn’t step in. We created horror stories about how those Spanish colonists in Cuba were torturing and killing poor Cubans.

Of course, we didn’t give a damn about those racially-integrating Cubans who posed a too-close-for-comfort threat to our White supremacy. ‘Poor Cubans‘ was just the guild on our image to coat the tarnish of truth.

That factions of our government/wealthy, powerful business interests saw millions in invested sugar profits to be lost, and billions to be gained by snatching Cuba from Spain’s clutches. And in the process, we could put a stop to the racial integration occurring so threateningly close to our shore.

With a pre-war media blitzkrieg, we succeeded fantastically in inflaming American patriotism into a national mania, while spoon-feeding acceptable justification to the rest of the world for our war against Spain.

Wait…where have I heard this story before?

Except the USS Maine was the Twin Towers, the “poor Cubans” were “poor Iraqis,” and the sugar was oil.

END_OF_DOCUMENT_TOKEN_TO_BE_REPLACED 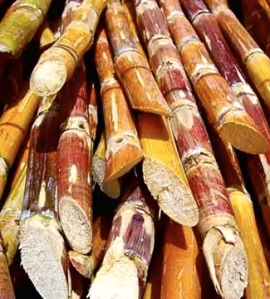 It wasn’t just our American fear of Cuba’s racial equality practices that made us shine our imperialist boots in preparation for a good ass-kickin’.

Cuba was the top sugar producer in all the world.

We had tried to buy Cuba from Spain, but our first offer was so low it slapped ‘em in the face with insult, and showed those Spaniards just how little we thought of them.

Then we came to our senses and grudgingly upped our offer to a more realistic number.

But by then Spain was like, are you serious? Why would we sell the goose that lays the golden eggs to you, of all people? Hahahaha! You Americans are funny!

So, we had to settle for investing in their sugar industry on the island. But, though we invested millions, we were only getting a comparatively tiny amount of sugar dough return.

Spain was the one swimming in the juice.

Which stuck deep in our craw. (Not real sure what a ‘craw’ is, but this is a well-known expression. And I like saying ‘craw.’)

So, with our craw all bent (since I don’t know what a craw is, I’m pretty sure I can bend it ), we were like, why should Spain get all that Cuban sugar dough? We’re closer. In fact, we’re so close that, rightfully, Cuba should really belong to us – along with all the other tobacco, coffee, citrus, and other profitable products-producing islands colonized by Spain.

Those island geese should be laying golden eggs for us.

Something had to be done about that…

END_OF_DOCUMENT_TOKEN_TO_BE_REPLACED

How deliciously appropriate to be nominated by C.J. at Food Stories for this wonderful food-for-thought award.

If you haven’t checked out her blog, you really should. It’s a scrumdillyicious foodie ride through all things yummy!

For this award, I must share 1 random thing about myself.

Well, I wish I lived in a jungle.

And I do mean’ jungle‘ in every sense of the word.

A deep, dense, green rainforest bursting at the seams with wildlife. No walls, no floors, no roof. Just a banana leaf lean-to with a mound of soft moss to sleep on…

END_OF_DOCUMENT_TOKEN_TO_BE_REPLACED

And I do mean SWEAT!

On a hot night, on Cuba’s Malecón, we danced our half-naked, dripping wet boodies off to this beat until I felt I wasn’t even human anymore. I had become a part of this beat and every bodily function pulsated to this rhythm.

But a huge Gulf wave slapped us out of our communal funktified fugue, and we jumped into the ocean to add our salty sweat to the Gulf.

Spanish colonists in Cuba were raking in the sugar dough in the wake of the Haitian Revolution.

While Spain was getting richer (via Cuba), we got tired of making Great Britain richer (via America). So we decided to break away from the Brits by fighting & winning our American War of Independence.

Victor said that by 1825, all of Spain’s colonies in the Americas were independent except for Puerto Rico & Cuba — which Spain held onto with both hands because the sugar industry was way too profitable to give up.

But eventually, Spaniard landowners in Cuba got tired of sharing their sugar profits with Spain. So, in 1868, a Spanish sugar mill owner in Cuba named Cespedez challenged Spain’s chokehold by leading a Cuban War of Independence – which would later become our Spanish-American War.

Cespedez also did something else.

He freed his slaves.

In America, slavery had already been outlawed in 1865, but it was still in practice without much change at first. There was hope by plantation owners that, in time, the free-slaves thing would eventually blow over and we’d get back to our profitable system of slavery.

So, Cespedez freeing his slaves did not sit well with us.

END_OF_DOCUMENT_TOKEN_TO_BE_REPLACED

Hi, I'm Sylver.
Writer, documentarist, world travel gypsy, and animal-lover. I blog about culture - our own & others around the globe. Via news, music, stories, time-travel & more, we'll venture into foreign minds to discover what it is, exactly, that makes each of us believe WE are the 'normal' ones.
Travel with me, won't you? It's quite a ride!

Have You Been Bubbled? Grab Your Badge to Let Your Followers Know!

My Articles Syndicated On BlogHer

My Article Featured on Blogelina 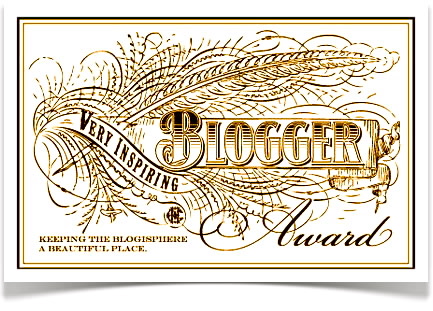 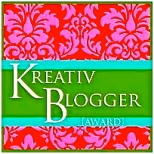 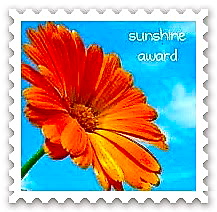 ALL CONTENT ON THIS SITE Ⓒ COPYRIGHT 2014 SYLVER BLAQUE – ALL RIGHTS RESERVED.

Things n’ Stuff on This Blog…