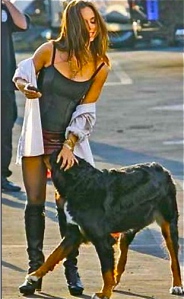 No matter how dainty you are, every now & then your ‘stuff’ gets stinky.

You still get stinky ‘stuff.’

The question is, to wash or not to wash?

While the answer may seem obvious to most, there are some who may need to check with their mate before lathering up. Who are these people? Well, let’s just say stinky ‘stuff‘ really gets their blood roiling.

“When it comes to the question of what sparks eros, there is nothing as sublime as the strong, clear scent of one’s not-too-recently bathed beloved.”

“I like her best, however, when she’s home from the gym and unbathed. As she knows, my favorite vacations with her are the rustic ones, of the sort where I have a small chance of convincing her to go a day (or, God willing, several) without showering.”

Is your nose all scrunched up in a “Yuck!” face?

The fact is, where some cultures find body odor objectionable, others find it attractive. Doctors worldwide contend that an obsession with cleanliness is attacking Americans far more fiercely than germs, and has created a dangerously over-sanitized environment.

But author of ‘The Dirt on Clean: An Unsanitized History,’ Katherine Ashenburg says, “Americans were just as grimy as Europeans until the Civil War. Now, Americans are obsessed with odor and washing, Magazine ads from the 1930s warned women that they could be spinsters forever if they had body odor. The market is full of products to keep Americans germ-free.”

In a post on Free Thought Blogs, entitled “Vag*na Should Smell Like Vag*na, Not Like Jasmine or Jackfruit,” author Taslima Nasreen contends, “The world is getting more and more synthetic. People are becoming more and more artificial. The case can be made that the desire for artificial flavor is growing all over the world. Men like to have sex with women, but there are many men who do not like the smell of healthy vag*nas. What do they want? Well, they want vag*nas that smell like jasmine or jackfruit. They want vag*nal fluid that seemingly turns into some kind of fruit juice! ”

Can you picture that commercial?

Thanx, Rick, for that smelly visual. 😐

But do all guys have an aversion to gorgonzola-scented ‘stuff’?

Well, let’s take a look at some commenter quotes on the issue:

‘0331usmc’ says: “I don’t ever expect a woman’s [‘stuff’] to smell like a fresh spring breeze, or a field of wildflowers. But if I can smell it when I’m not even close to it, then I won’t get close to it. My face will be down there for a good while, so at least make it a pleasant trip.”

‘deaddog’ says: “No, [don’t like it]. But then again, I don’t like eating spoiled meat or smelling carrion either. But, hey, that’s just me.”

And ‘northindy30’ had no words.

He let an image speak for his view on stinky ‘stuff‘:

Well, here’s something to chew on, guys:

ANYway…are there voices out there with an alternate view on stinky ‘stuff’?

You bet there are. Very vociferous voices.

We hear from those voices in “Stinky Stuff: Can’t Get Enough.”

With eyes as foreign as your stomach can take…can you see the attraction to stinky ‘stuff‘?