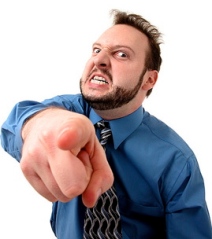 Next time you call someone “Psychopath!”, chances are you may be correct.

Science has proven that 2 out of every 100 people in any given society are callous, selfish, dishonest, arrogant, aggressive, irresponsible, impulsive, hedonistic, and are unable to feel empathy or remorse.

Really? Only 2 in every hundred?

I know. Feels like more. Especially near election time.

In any case, these people are, quite literally, psychopaths.

According to io9 Neuroscience, 3 to 6 million psychopaths live among us in the U.S. alone – with 3 to 5 percent of this portion found in the highest corporate and government sectors.

Moreover, Psychologist Robert Hare, a leading expert in the study of psychopathy and co-author of a book on the subject entitled ‘Snakes in Suits,’ contends that many children are inheriting a predisposition to psychopathy. Says Dr. Hare, “Male psychopaths exhibit a pattern of mating with and quickly abandoning women – and, as a result, have a high fertility rate.”

However, Kevin Dutton, author of ‘The Wisdom of Psychopaths,’ contends that psychopaths are more charming than most, and have above average intelligence bordering on genius. 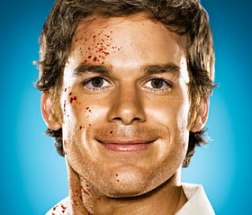 According to Dutton, we need psychopaths.

“Psychopaths have a lot of good things going for them,” argues Dutton. “They are fearless, confident, charismatic, ruthless and focused — qualities tailor-made for success in 21st century society.

Specifically, attributes like coolness under pressure and strong desire give rise to successful surgeons, firefighters, movie stars, and attorneys. Weed out psychopathy, and you may lose some very important personality traits that help to create the greater whole that is humanity.”

The comments in this article are verrrry interesting.

And a little scary!

Take a Psychopathy Test to determine if you are, in fact, a psychopath!

If you pass, the good news is that you’re basically guaranteed a successful career in politics!

What say you about society’s need for psychopaths?

Are you a psychopath?

If so, enlighten us with your psychopathic view about your place in society!